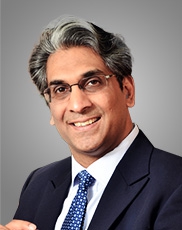 Rahul leads all strategic and corporate initiatives globally, leading to the long-term growth, profitability and industry leadership of the organization. He has over 28 years of professional experience and has held several progressively senior and leadership positions.

He has been the Chief Architect for re-positioning and transforming Datamatics from a service led organization to a solutions organization focused on enhancing business productivity through smart automation of data driven processes. Rahul is responsible for driving the company's strategic process to identify, evaluate and integrate organic and inorganic business growth options, including mergers & acquisitions, partnerships and alliances. He has also been driving the company’s foray into new geographies, and the company’s digital growth strategy.

Recognizing his contribution, in the year 2014 he was presented with ‘CEO of the Year Award’ for his exemplary leadership amongst organizations from across 41 Asian countries. Rahul also received ‘CEO of the Year Award’ in the year 2019 in 2nd Edition of Leadership Summit & Awards. Rahul serves as the Chairman for the Western Region of ESC (Electronics and Computer Software Export Promotion Council, Government of India’s largest Electronics and IT trade facilitation organization), Chairman of NASSCOM’s Regional Council and Member of CII Corporate Governance Council. Rahul also serves on the Advisory Board of Columbia University’s India Business Initiative (New York) and is Director on the Board of Goa Institute of Management and Board of Safari Industries. 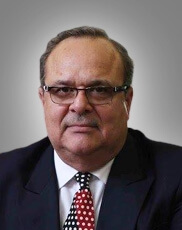 Brajesh is the Head of Sales, Business Development, and Client Management globally for the  Information Technology, Business Process Outsourcing, and Engineering Services function at Datamatics. An executive with several years of experience in driving revenues, growth, profitability and operational excellence, Brajesh has strong experience in building global businesses from nascent stages and scaling them to multi-geography, multi-million dollar operations across industry verticals.

In his current role at Datamatics, Brajesh is part of the Company’s leadership team and the Executive Committee. He also serves on the Board of CDIS – a joint venture between Datamatics Global Services and Cybercom AB of Sweden.

Prior to assuming his present role at Datamatics, he held senior-level global positions, including leadership roles at Satyam and Birlasoft, where he successfully managed multiple large client relationships and led company transitions into new territories and services. He has launched and managed large teams and processes across continents resulting in aggressive growth with a clear focus on execution impacting enterprise profitability. 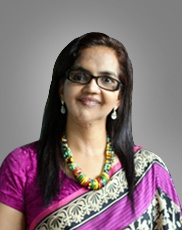 Divya Kumat is the EVP-Chief Legal Officer & Company Secretary at Datamatics for more than 15 years. She leads all legal and secretarial initiatives for more than 30 group companies in India and overseas and is a key player in all in-organic initiatives of the group like joint venture collaborations, mergers, acquisitions, and amalgamation in India and overseas. She is credited with formulating and enforcing several legally binding policies and frameworks, including the Contract Management Policy, Insider Trading Policy, Whistle-Blower policy, and Investor Grievance policy, to name a few. The legal team has successfully secured various copyrights, trademarks and service mark registrations thereby enhancing the company’s IPR wealth.

Divya brings with her over 23 years of rich and diverse experience, having held prominent legal and secretarial positions for leading corporations. Prior to joining Datamatics, she was the Legal Head at Computer Sciences Corporation (India).

A proud recipient of several prominent awards and recognitions viz. Leading Woman Company Secretary 2011; Leading Woman-Owned Innovative Project Award 2013; Best Use of Technology & Innovation in Legal 2013; General Counsel of the Year 2014 (Female); Best IT Legal Business Leader 2017 - India by AI 2017 [UK] and Star Echelon – In-house Category during The Leadership Summit & Excellence Awards, 2017,  Top 100 General Counsels of India in 2017 by Legal500 and as Star Women in Law of the Year 2019. She has been featured as India’s Finest In-House Counsels in the 2017 Edition of “Trailblazers” published by the Ministry of Law & Justice and the Government of India. Recently, she was also featured in “Diversity & the Bar” magazine Summer 2018 edition, a reputed US publication of the Minority Corporate Counsel Association (MCCA) for her views about gender relations and changing workplace environment.

Divya has addressed various forums in India and overseas as a guest speaker or keynote speaker or panel member or moderator on various topics. Her articles on Indian Litigations (October 2017), and on Restrictive Covenants in Employment Laws (January 2019) were published in the International Legal Magazine by Cambridge University Press.

Divya holds a dual Bachelor's Degree in Commerce (Honors) and Law (LLB). As a Gold Medalist in LLM, her final thesis presentation was on the subject of International Arbitration. She is a fellow member of the Institute of Company Secretaries of India (FCS) and a merit holder in ICSA, London. Recently, she has completed a certification course on Corporate Governance. 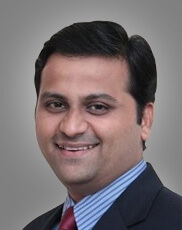 Mitul Mehta is the SVP & Chief Marketing Officer. He is responsible for Datamatics’ brand management across key markets and all its stakeholders, generate demand for its solutions, and build customer loyalty.

Mitul is a versatile business and marketing leader with extensive experience in B2B and B2C businesses. He has successfully built and lead global marketing teams for various technology companies. His work has been recognized at various national and international forums including the prestigious Diamond Award for Marketing Excellence (SMB) by ITSMA, USA. He is also recognized as one of the ‘50 Most Talented CMOs of India’ by the CMO Council.

Prior to joining Datamatics, Mitul has lead global marketing functions at Accelya Kale and Mastek. Mitul started his career with Ogilvy & Mather and later worked with Mudra Advertising and Reliance Communications.

He holds a Bachelors’ Degree in Commerce and an MBA from Narsee Monjee Institute of Management Studies.

Navin is the EVP & Head-BPM Services. He spearheads all operations and transformations in the BPM space and works towards achieving client satisfaction by ensuring all of Datamatics' deliverables reach its clients with top-grade quality. He is responsible for operational excellence, institutionalizing, and building operational rhythm.

Navin has over 30 years of experience in managing operations, leading ERP practices and implementations, software and services delivery, system analysis & design, business analysis, management consultancy, corporate planning, equity research, and financial analysis. He has a rich experience of working in both IT Outsourcing and Manufacturing setups. Before joining Datamatics, Navin has worked with several reputed IT organizations, including iGate, Genpact, Birlasoft, and Polaris.

Navin holds Master's degrees in Economics and Oracle Application and a DBF from ICFAI. He is also trained in TQM and is Six Sigma Certified.

A seasoned HR leader and practitioner with over two decades of experience in Corporate and Academia, Dr. Rima has been instrumental in building Technology and Leadership capabilities in reputed global enterprises like IBM, Sony Pictures Networks India, Quinnox. In her past stint as an Academician, she also had the additional responsibility of leading and facilitating Management course delivery for the Indian Navy.

Dr. Rima is a Bachelor in Pharmaceutical Technology from Jadavpur University, an MBA from the Indian Institute of Social Welfare and Business Management, and holds a Ph.D. in the Leadership domain from DY Patil University. 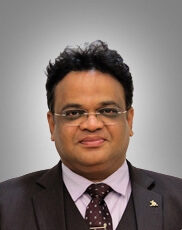 Sachin Rane is the EVP & Head- Software Solutions. During his 30+ year of professional experience, he has worked with client organizations across North America, Europe, APAC, Middle East & India to consult/participate/review their strategic IT as well as Digital initiatives.

His core technical expertise is in the enterprise Data Management domain.

He has a sound understanding of Six Sigma and SEI CMM frameworks, and has successfully delivered large Systems Integration programs that include ITIL based Infrastructure Service delivery. Sachin has managed large teams comprising of diverse nationalities.

He is a Certified Scrum Master and certified Automation Anywhere Robotic Process Automation professional. Sachin also holds several certifications in the areas of Infrastructure Management. He has also attended a program on the “Client Engagement” at Wharton Business School, University of Pennsylvania, USA.

Prior to joining Datamatics, he has worked with Wipro for 21+ years in several leadership positions. 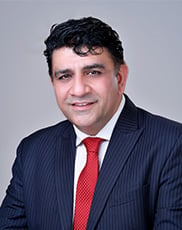 Sandeep is a Business leader who hails from a Strategic Planning and Advisory background with over 25 years of international experience. He is a ‘disruptive’ thinker and brings value through transformational solutions to the fore. His area of expertise has been around integrating digital ecosystems towards driving excellence in Customer Engagement.

Prior to joining Datamatics, he has worked with organizations such as Mahindra & Mahindra, Times of India, and Nielsen. In addition, Sandeep has been instrumental in the incubation of three business lines in Datamatics, in the areas of Research & Analytics, Customer Management Solutions and Consulting & Advisory Practice. His particular expertise lies in enhancing Customer Experience through deployment of Process Re-Engineering and digital transformation. His particular certifications in Lean Six Sigma Black Belt and Gamification reflect his interests and passion.

Sandeep Arora is a key influencer in the global consumer insights and analytics community. He is currently the elected President of the leading association of consumer research and insights professionals in India, MRSI (www.mrsi.co.in). He regularly presents thought-leadership papers in global forums. He is also a visiting faculty to a few leading management schools in India and has recently joined as a member of the Governing Board of Centre for Marketing in Emerging Economies (CMEE) at IIM Lucknow.

Sandeep has more than 20 years of professional experience, out of which for 10 years, he played a key role as CFO/Controller. Prior to joining Datamatics, he worked with Network 18 Media, as VP – Finance and Accounts.

Sanjeet is the EVP & Head of Artificial Intelligence and Cognitive Sciences initiatives of the company. He has been instrumental in driving innovations in the organization over the last 10 years. Sanjeet brings with him over 30 years of experience in Systems Architecture and Engineering. He has expertise in developing real time systems and Deep  Machine Learning based AI and Cognitive Science algorithms, NLP, Neural Networks, and has played a key role in driving many first-of-its-kind programs and projects during his tenure.
Sanjeet has handled large and complex projects and customer engagements, globally in the retail and transport sectors, especially large deployments in PoS, Fare collection and Self-Service systems. He has driven many innovative process improvement initiatives that include distributed agile and scrum methodologies.
Sanjeet is a post graduate in Computer Science and a Gold Medalist in BE - Electrical Engineering, both from IIT Roorkee and a certified Quality Analyst. 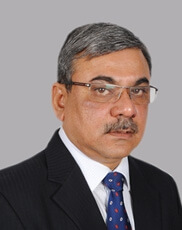 He helps Datamatics customers by conceptualizing business-impacting solutions exploiting sunrise technologies infusion with their existing ones. Sanjeev has been at the forefront of creating end-to-end solutions for customers’ most challenging and basic needs.

He has more than 25 years of rich industry experience across multiple industries at a global level. 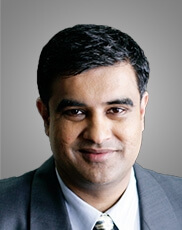 Shashi heads the product team at Datamatics. He is responsible for proactively identifying and defining IT solutions encompassing the latest technologies in new areas for clients across verticals. He is also leading the product team for IP development in the areas of RPA, IDP and BI & Analytics.

He has over 33  years of extensive experience in managing offshore centers, delivering software services to clients across the world on multiple technologies and various domains. He has successfully led organizational growth through P&L management, client engagement, pre-sales support, product design & development, and building high-performance teams with demonstrable productivity. In his previous role, Shashi has been instrumental in new areas of growth and setup multiple “Centre of Excellence” to drive revenue and business success.

Shashi holds a Bachelor’s Degree in Electronics and Communication Engineering from IIT Varanasi.